Can People Send and Receive Text Messages via VoIP?

Nowadays, many people require a secondary phone number. Perhaps they want to make calls without revealing their real cell phone number or they need an international phone for traveling. Most of the time, they’ll rely on a VoIP-based number for these purposes.

While they may use this secondary phone number for phone calls, they’ll want to send and receive texts as well. Is this possible?

Yes, you can send and receive texts with a VoIP or virtual phone number. You can use this as a regular phone number as well. With smartphones becoming more and more popular, you can download a calling app like PingMe for your calling and texting needs. With a service like this, you could text an unfamiliar car dealership with your VoIP number instead of your main number. You could even receive texts to your secondary number reminding you that it’s time for your car to go in for maintenance. How convenient this is!

In this article, we’ll show you some apps you can use to generate a secondary VoIP number for sending/receiving text messages. We’ll also expand on texting through VoIP in our FAQs section.

The following apps can get you set up with a secondary VoIP phone number. You can use this to send and receive texts or calls to regular phone numbers.

The first VoIP phone number app we recommend is PingMe. Currently, you can download it on the Apple App Store, Android Store, and the Google Play Store. In the future, PingMe plans to expand its availability to the Amazon Appstore as well.

You can make and receive international calls and texts with PingMe. The app has servers across the world. You only need an Internet connection to begin reaching out to others. Cloud-based, PingMe uses Amazon Web Services and Google Cloud to offer superior protection for your communications.

Take a look the little tool that PingMe.tel provided, you could simply using it to receive your non-critical or test purpose verification code online for free. 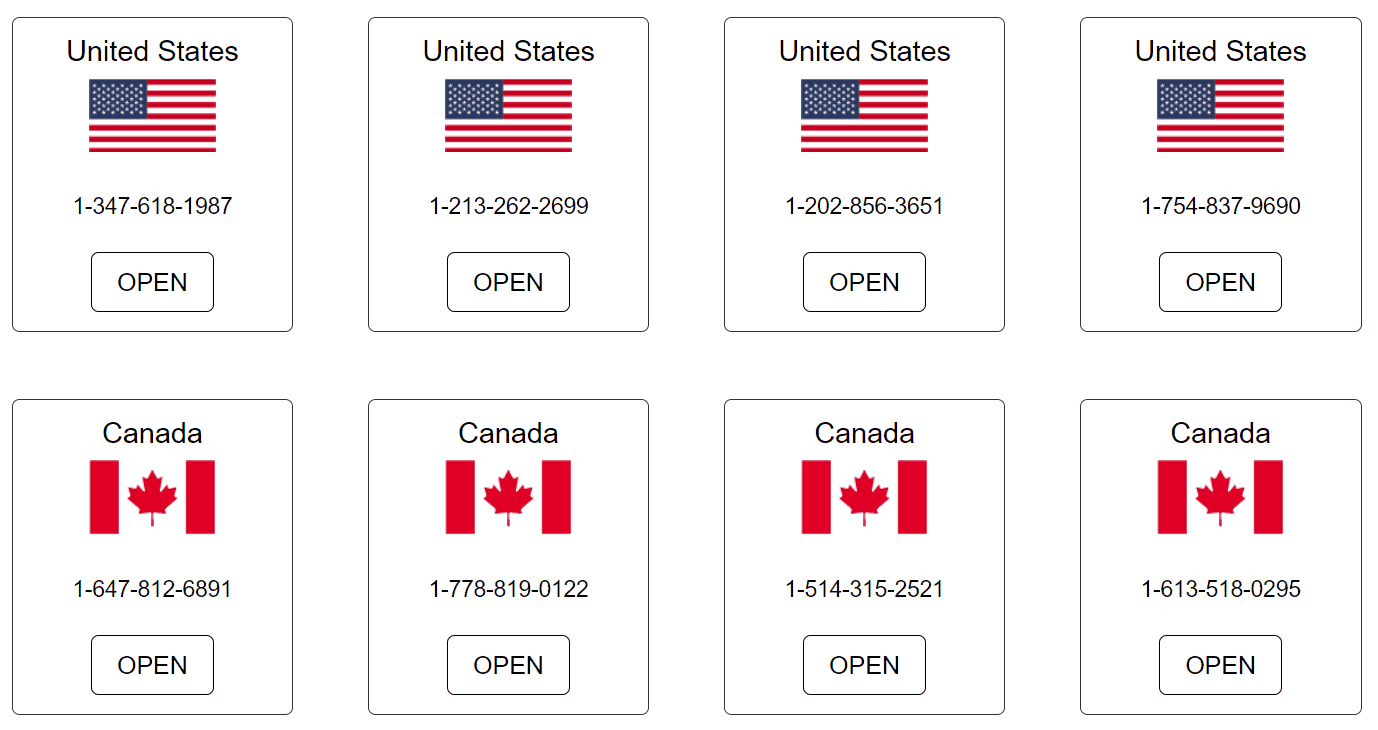 If you want the freedom to choose all elements of your secondary number, try Sideline. Of course, those who want to use their preexisting number that’s attached to a landline or a device still can.

With Sideline, you get voicemail, calling, and texting services. There’s no limit on texts you can send and receive, so you can text as much as you want. You’ll have to link up carrier minutes for phone calls.

Sideline also offers team numbers, auto-replies, and business texting features. You can try this app for a week for free. Otherwise, you’ll pay at least $9.99 a month for your plan.

Based in Canada or the US? You might use TextMe, which offers unlimited calls and texts as part of its service. You can download the app on the Amazon Appstore, Apple App Store, and the Google Play Store.

Once you download TextMe, you can use a single phone number or set up a secondary one. These can include international numbers. Each number you create gets linked to a single main account. Other features include video and Dropbox photo transfers via text as well as voicemails.

For your security, Viber uses end-to-end encryption keys to keep your messages private. You’ll also have to send secret keys to your contacts for verification purposes.

You can get Viber for desktop on Mac or Windows or download it through the Apple App Store or Google Play Store. Rates vary based on the calling plan or credits you choose. After downloading the app, you’ll have to choose a plan to send text messages or make calls.

Still, have more questions about texting and calling with a secondary VoIP number? No problem. We’ve formulated this helpful FAQs section for you.

Can you text a VoIP number?

As we’ve proven in this article, you can indeed text and receive messages from a VoIP number. Whether you use VoIP services as your primary phone number or a secondary one, you should have no troubles texting anyone. You should also receive texts.

Having trouble with your texting through VoIP? There are a few reasons that could be the case.

Although this sounds really common sense, did you let the app fully download and install on your phone or mobile device? If not, then do this now.

Also, for some apps, if you don’t choose a plan or package, you can’t use the services until you do. Make sure you selected a plan if your app requires it.

How do you know if a phone number is virtual?

If you received a phone call from a strange number, how can you tell whether it’s a virtual number?

You won’t have an easy time doing this, that’s for certain. Why is that? Today’s virtual numbers resemble real phone numbers in just about every way. The only difference boils down to the virtual provider. A virtual phone number is simply one that doesn’t have its own phone line.

If you really want to know whether the number that called you is a virtual one or not, you can use a reverse directory service or app. Truecaller, one such service, lets you search for almost any phone number. These include numbers outside of the US and Canada.

You type in the number and then get more information on it. To use Truecaller, you will need to sign up for an account on its website. Otherwise, you can download the app and sign up there. Truecaller might not always tell you whether someone has a virtual number, but at least you should get some info on your caller.

Determining whether the person calling you uses a traditional or virtual number shouldn’t matter much. Both types of numbers can send and receive calls and leave voicemails. Call quality shouldn’t differ too much, either.

If you’re dealing with a spam caller, you might want to just block them.

How can you tell if a phone number is a Google Voice number?

Speaking of spam callers, unfortunately, many of them use Google Voice. That’s probably because this service doesn’t require much to get started. You only need a Gmail account and then you can begin forwarding calls, leaving voicemails, and sending and receiving calls and texts. You can also check call history logs, set up conference calls, screen calls, block callers, and get text transcriptions for voicemail.

We wrote about Google Voice in depth here, so do check out the post if you missed it!

The best part about Google Voice? It’s free. While those in Canada cannot use the service, US residents can.

Okay, so how do you know if the number that’s calling you uses Google Voice? According to BestFreePhoneLookup.com, several methods you can try.

You can differentiate between landline and cell phone calls first by using a service like Validator. This site can also get you started in figuring out if the number that’s calling you is a digital phone number. Phone Validator should point you in the right direction regarding whether the number in question uses Google Voice as well.

If you want to do even deeper digging, you can also try contacting the number after they call you. Hopefully, you’ll skip right to the caller’s voicemail. If they have a Google Voice number, you’ll know it from the voicemail. The automated message will say you’ve called a Google Voice number. That pretty much gives you all the info you need.

At the end of the day, if you don’t recognize a number and you aren’t expecting any calls, don’t pick up. If it’s someone legit who’s trying to reach you, they can leave a voicemail. Once you’re sure you have a spammer on your hands, you can do one of two things. Blocking them prevents them from calling you again, as mentioned. You can also try reporting them, but this might not stop them from bothering someone else, sadly.

A VoIP phone number, whether used as a primary or secondary phone number, has all the same capabilities as other phone services. This includes sending and receiving text messages as well as phone calls. You just need an Internet connection to enjoy these features.